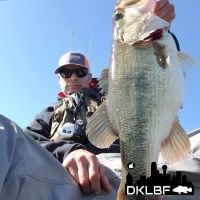 Born and raised in Pittsburgh, Pennsylvania, Katie [aka “Kat”] fell in love with angling as a young teenager. Growing up, Katie was a bank-angler, hiking and camping along the lakes, creeks, and rivers of southwestern Pennsylvania, primarily in search of black bass and trout. Katie and her husband, Ryan, relocated to Little Elm, Texas in June of 2018, and in August of 2018, Katie entered her very first local kayak bass fishing tournament. By November of 2018, Katie had won her first tournament on Marine Creek Lake and was asked to join the Angler’s Pro Tackle & Outdoors Company pro-staff fishing team. After moving to Texas, in the last four months of 2018, Katie caught an impressive five fish stringer of largemouth bass, totaling 30.4 pounds and 111.75 inches. When she’s not on the water, Katie can usually be found at home with Ryan and their two enormous, lovable Saint Bernard's, Moose and Doc, organizing fishing gear, painting, writing, and working on her website WWW.FISHLIKEAKAT.COM. 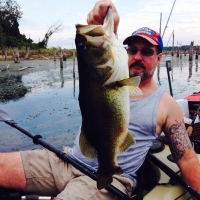 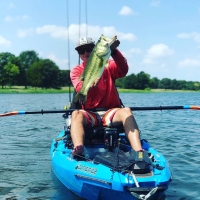 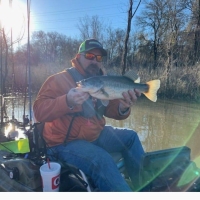 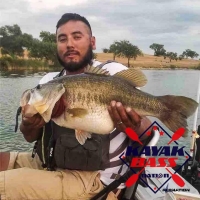 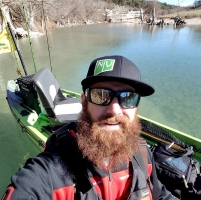 I’m a 35-year-old Texan who loves the outdoors. Whether it’s kayak fishing, hunting, camping, cooking or hiking; the outdoors is where I belong. I grew up trail riding, hunting and camping with my father and younger brother, but really didn’t get into fishing until the summer of 2010. I fell in love with fishing on a backpacking trip to the Weminuche Wilderness in the San Juan National Forest of Colorado, where we spent seven days chasing trout. I then bought my first kayak in 2014 and have been addicted ever since! I consider myself a multi-species angler, but bass, striper and trout are my favorites to chase. I was raised to be a steward of the outdoors and for the wildlife that call it home. Now that I have three young children of my own, I’m trying to pass on these same core values to them. I love including my family in all my outdoor adventures. My favorite outdoor activity is yak packing; nothing is more of an adventure than paddling down a river for multiple days and nights, camping right on the water. I’m an Executive Board Member and Tournament Director for Lonestar Throwdown and the North Texas Kayak Championships tournament trail. I’m also the owner of Bass Republic Tacos and Tackle, a fun side project from my real-life job of a GM of a BBQ/Steak House in Roanoke called Reno Red’s Frontier Cooking & Catering. I proudly fish for the following teams: NuCanoe, Anglers Pro Tackle, Bending Branches, Berkley Fishing, Abu Garcia, Fenwick Rods and SuperNova Fishing Lights. 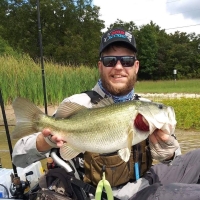 31-year-old angler based out of Fort Worth / Dallas Texas. Originally from the coast of Florida, I learned everything there was to know about fishing from the brackish waters of the St Johns River and surrounding waterways.

After being an avid weekend fisherman for years due to work, I finally received an opportunity to move to Texas and really hone my fishing skills in the process. Mid 2017 my job officially transferred me and I began specifically targeting largemouth bass actively for the first time. I was hooked instantly on the rush from catching Texas LMB’s and next came the competitive kayak bass fishing tournament scene. I have since been blessed to make some amazing connections in the fishing industry and am proud to represent brands like Frogg Toggs, Rapala, and the best kayak / fishing store in the Lonestar state Anglers Pro Tackle. You can find me almost any weekend on the lake or directing your local KAFW Tournament series with APT team-mate JohnStockman.
https://www.facebook.com/KayakAnglersOfFortWorth/
https://www.facebook.com/groups/105242006642846/ref=share
https://www.instagram.com/midwest_kayak_fishing/ 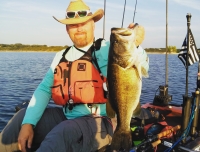 Michael Ray is a member of the Angler’s Pro Tackle Kayak Fishing Team. He has been with the team for four years. Michael is a police officer working in the DFW Metroplex area. He has been a police officer for over 17 years. He currently works in the patrol division at his department, where he enjoys working closely with the general public. He is also assigned to his department’s SWAT team where he serves as a sniper. He was appointed at the team leader for the Sniper Team in 2016. Michael started fishing at a very young age. Michael’s childhood days were spent on the water of Lake Whitney with his father learning what would turn into an obsession with bass fishing. Michael started kayak bass fishing about seven years ago due to the rising cost of bass boats and has never looked back. Michael’s current kayak is a Native Watercraft Titan 13.5. Michael’s strongest fishing technique is targeting off shore deep water bass. He is also fond of throwing big swimbaits looking for that one big bite. Michael regularly competes in local and online bass tournaments. 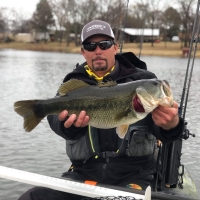 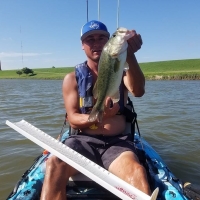 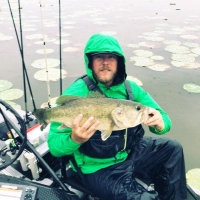 I was born here in Fort Worth and spent my middle in high school years in East Texas moved back after graduating. I fell in love with fishing at a young age while on family camping trips all over the country and doing guided trips on Texhoma with my dad an his friends. Fishing has always been a part of my life from trout, catfish, crappie to bass. I was know for skipping out on school to hit the fishing barge on lake Tyler in high school. Never really got competitive with it till about 5 years ago when I started targeting bass. Shortly after that I picked up a kayak and never looked back. Now I travel all across Texas and southern United States chasing the dream of becoming a professional angler and cashing checks!My sponsors are Xcite Baits, ALX Rods, Distinctive Concrete Concepts.

Your cart is empty.